My kids both have a disease that cannot be cured (Neurofibromatosis Type 2 or NF2) and there is one major fundraising organization that raises money to fund research for it. Given that we’re a family of runners, we were hopeful that we could find an organized race to benefit this cause. So what is the ONE organized run held specifically by this organization all over the country?? 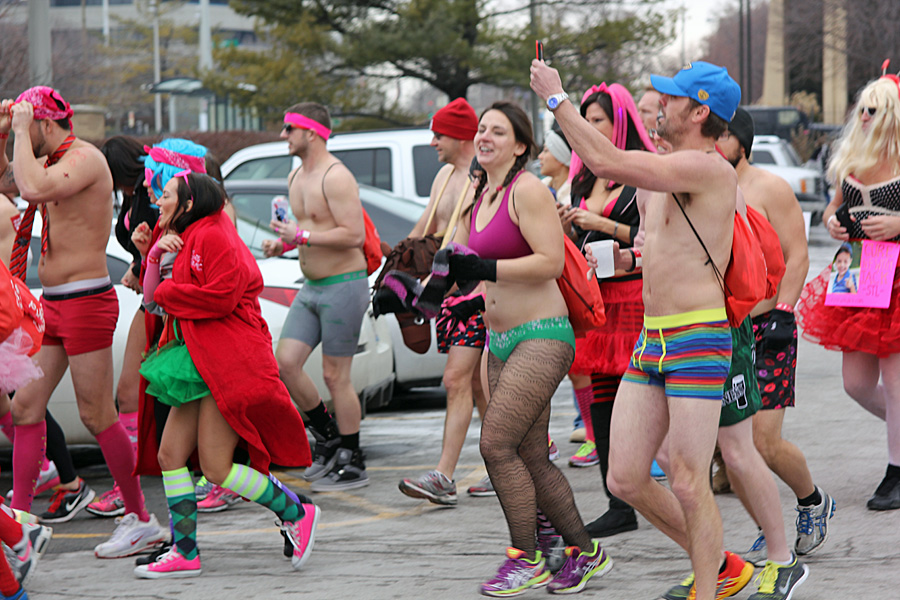 Which, as you can see, is exactly what it sounds like.

Valentine’s Day weekend, a bunch of yahoos in their skivvies take to the streets for a mile run in sub-freezing temperatures to raise money for neurofibromatosis research (NF1 and NF2). My son (NOT in the above photo. That would just be weird.) donned his favorite Stewie Valentine boxers and ran his little heart out. You have to be 21 years old to participate, or his younger brother would’ve been right out there with him.

I, on the other hand, will tell you without shame that I wrote a check for my donation…then I sat in the car for the duration of the run with the heater running, fully clothed, with my race packet and t-shirt resting on the seat next to me.

But it appeared to be a super fun group of people. I’m grateful that this race has raised $2.6 million this year nationwide as of race time. Hopefully that number will go up. And hopefully so will the temperatures.