For the third year in a row, I’m posting about this disturbing topic after an afternoon of shopping.

Two years ago, it was an eye punch. 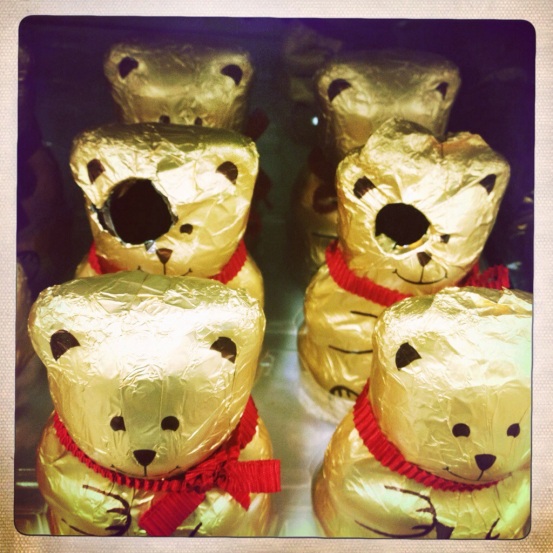 Last year, it was the face smash. 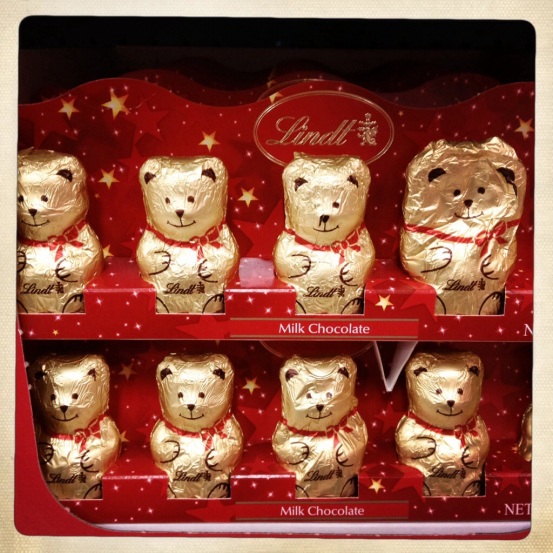 This year, a new development. I’m sorry to say that the disfigured chocolate movement has extended its reach beyond Lindt bears.
This year, it’s Ghiradelli’s nutcrackers’ turn. Poor guy to the right got his belly pushed in. His peers are looking fat and comfortable, but he totally looks embarrassed and like he feels the need to suck in his gut. 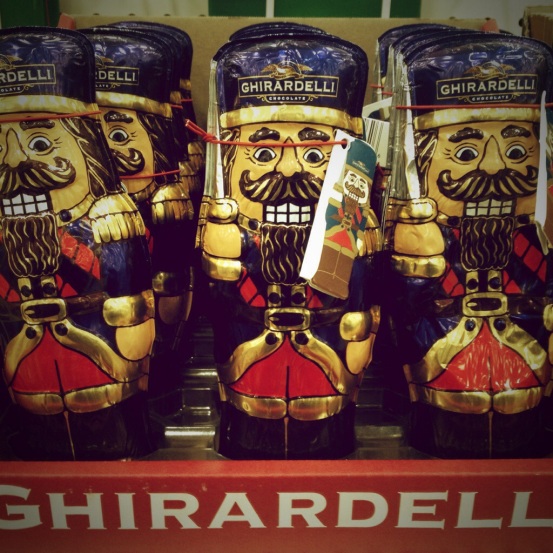 I get that people want to know if the chocolate is hollow or solid, but come on, folks. Respect the chocolate a little, eh? It’s not even Thanksgiving. The serious rush hasn’t even begun.

Obviously I’m being totally facetious, but I have to admit that this phenomenon is a little strange to me. Oh, who am I kidding. I was totally that kid who would smash the centers of the assorted chocolates in the family’s Russell Stover’s holiday box to avoid getting those orange cremes, molasses chews or coconut things. But at least the pieces I vandalized had been purchased already.